Nemea (the town being terrorized by the lion) is located in Greece. So how the heck did that lion get there?

If your guess is "Sometimes menagerie animals got loose and wreaked havoc" you're not entirely wrong; it's not the reason the story features a lion but menagerie and show animals escaping was probably not unheard of.

If your guess is "They were more worried about symbolically emphasizing how strong he was rather than with being factually accurate by having him kill a wolf or something?" you're possibly not entirely wrong either; it's not the main reason there's a random lion in the story but it's reasonable to assume that they thought a lion sounded more impressive.

The reason is a lot simpler (and more surprising) than what you might think: There used to be lions in Europe and Asia until as late as 13,000 years ago (give or take). They were genetically distinct from modern lions and are classified as Panthera spelaea rather than Panthera Leo like modern lions, but they were very much lions. And Eurasia was their natural habitat. 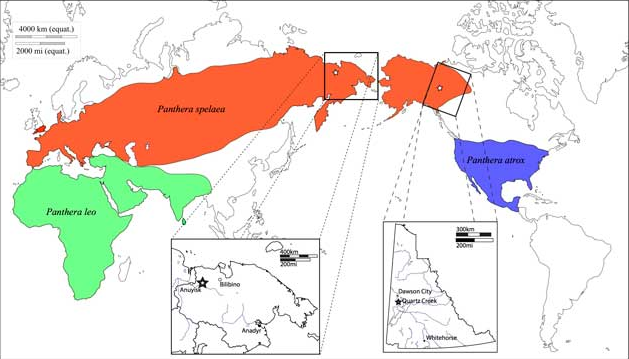 Due to living in colder climates and finding shelter in caves, they were a lot stockier than their African cousins (think extra big bobcats) but certainly no less terrifying:

There are some gorgeous cave paintings of these floofy majestic beasts around eurasia, such as the following one from France: 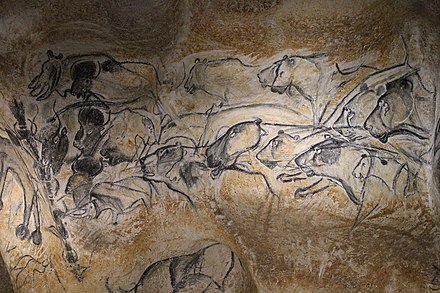