First things first, what is an early reader book?

They’re books intended for kids who are still in the beginning process of learning how to read but know their letters enough now to be able to read words rather than just practice recognizing what sound goes with which symbol.

You’ve probably come across early reader books before; you know those little skinny volumes that have levels at the top?

While we’re on the topic of levelled books, it’s worth noting that they don’t all use the same levelling system, so it’s usually just better to take a peek inside and see if the book is at your kid’s level rather than assume that if it has a one on the cover that it will be an easier book. Some publishers, for example, consider Level 1 to be for reading with help, some consider very beginner level material to be a special level before you get to numbers, and some consider Level 1 to be the starter level.

Because of the fact that these books are intended to be read by beginner readers, this kind of literature usually has few words and simpler vocabulary, as the intended goal is to practice recognizing what symbol combinations make what sounds rather than teaching new words or concepts. 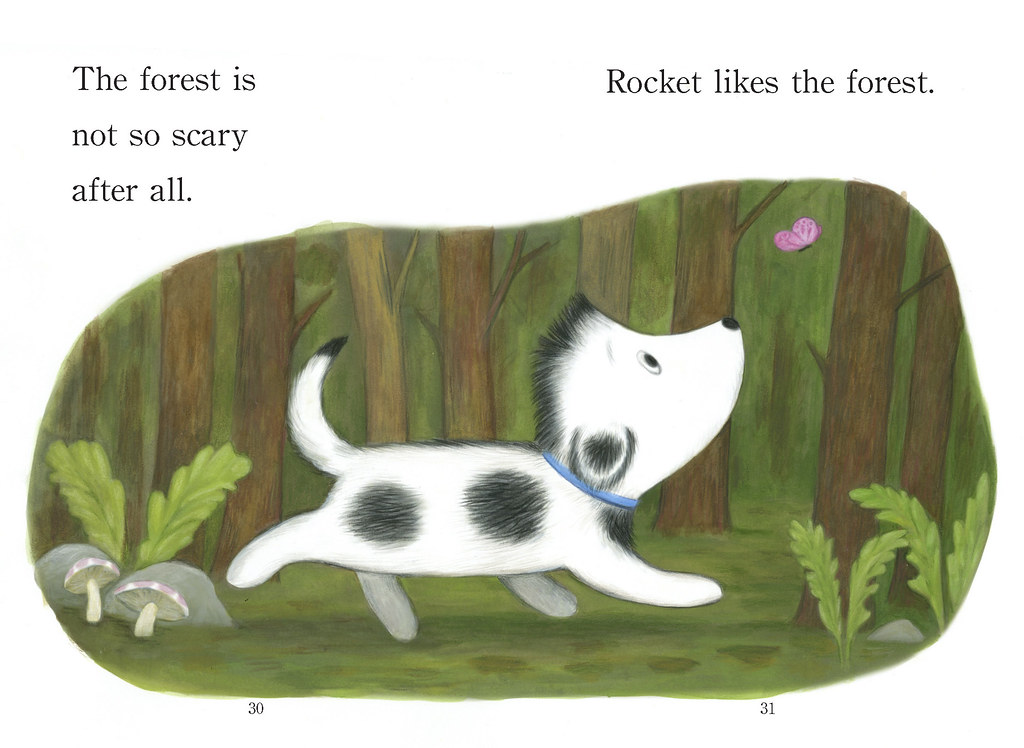 ^ Excerpt from “Rocket the Brave!” by Ted Hill.

In a way, early readers can serve to ease kids into getting used to the idea of reading solo; you’re there to help them when they get stuck on a word, but they’re now entering the realm of being the one reading to you. Though, of course, that doesn’t mean you should stop reading to them! Frequently reading to a child, especially when they’re young, is key to ensuring they become avid readers as they grow up, so it’s important to make time for both their reading practice and storytime.

The best way to read an early reader with your kid is to let them read the words at their own pace and just listen, with the odd “You’re doing so well!” or “What do you think might happen next?” thrown in. If they get stuck with a word, try to not immediately tell them what the word is; first try something like sloooowly sounding out the word and letting them finish it or having them sound out each letter individually and then have them put the sounds together. If they have to figure out on their own what the symbols sound like (with a little gentle help) they’re much more likely to learn from the experience. If they’re really struggling, sound out the letters with them to help them memorize what sound goes with what letter combination.

Because reading is really hard when you’re new at it, extra-mini readers are usually quite reluctant about working on their literary skills. A good way to ease them into reading might be to make a compromise that you read one word, they read the next, so the task doesn’t seem so daunting to them. As they get better at reading, you can then switch to reading every other sentence, paragraph, page, and so on.

A good early reader book is one that uses simple words and sentences but remains engaging. A great example of this (which you can find in our catalogue!) is Elephant & Piggie by Mo Willems, a series about an elephant and pig who are best friends and get into all kinds of hijinks. They’re made in a comic book style but with each page being a panel of the story and (usually) only one character speaking per page.

The following excerpt is from "We Are In a Book!" by Mo Willems (which we have!): 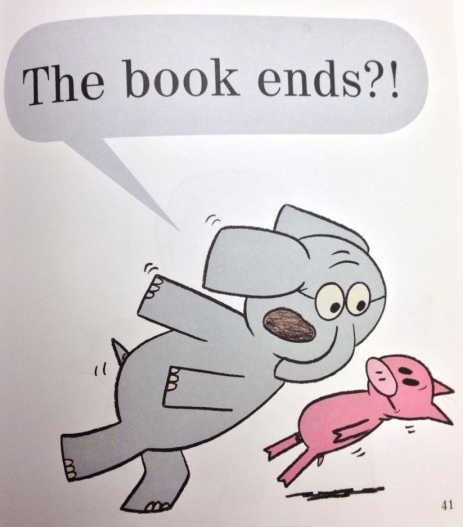 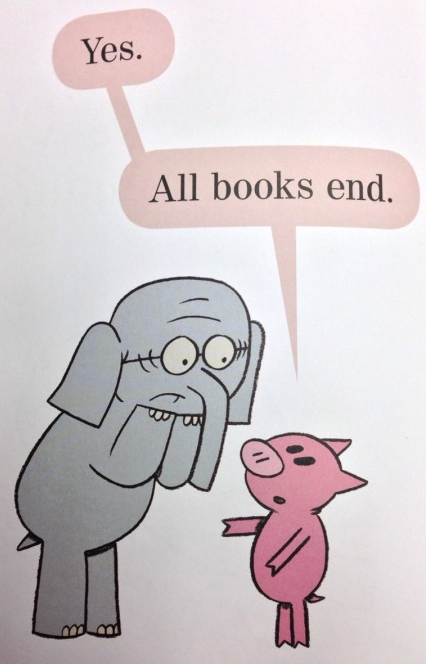 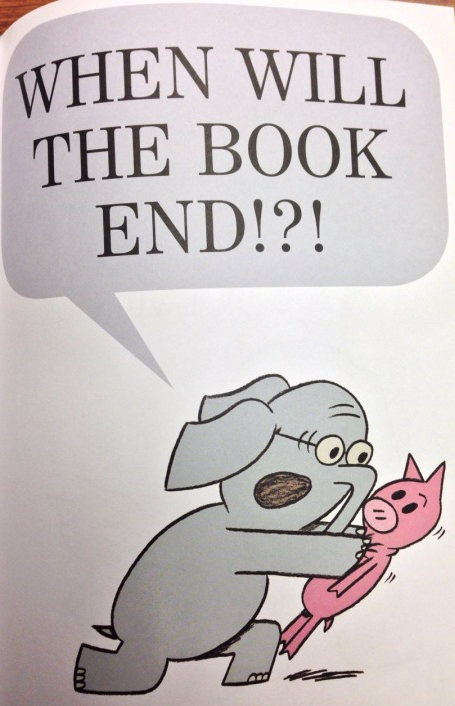 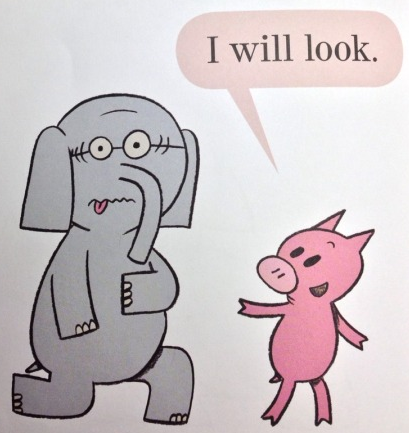 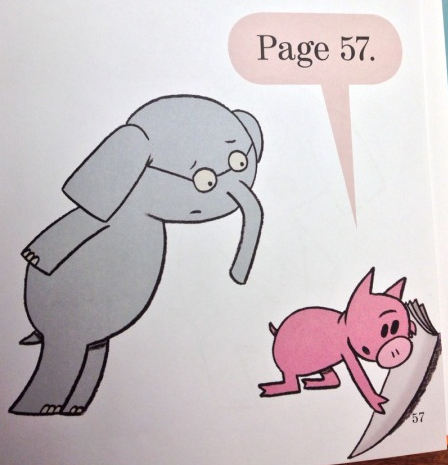 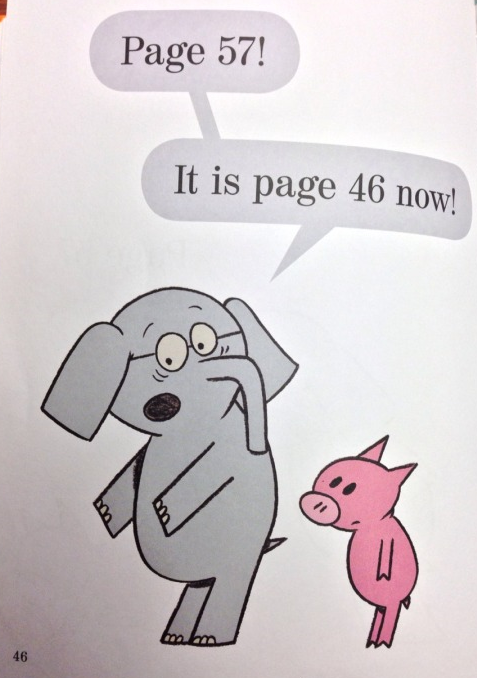 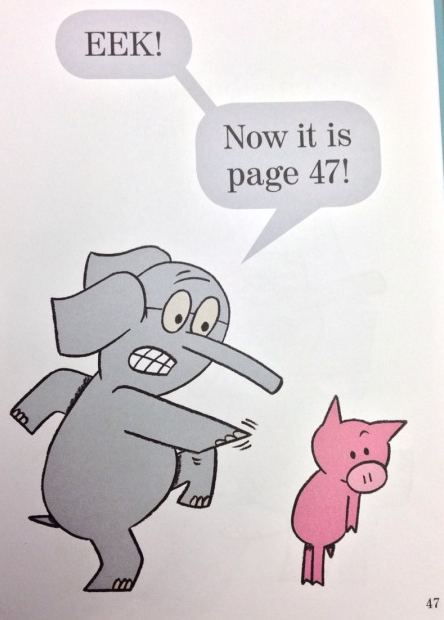 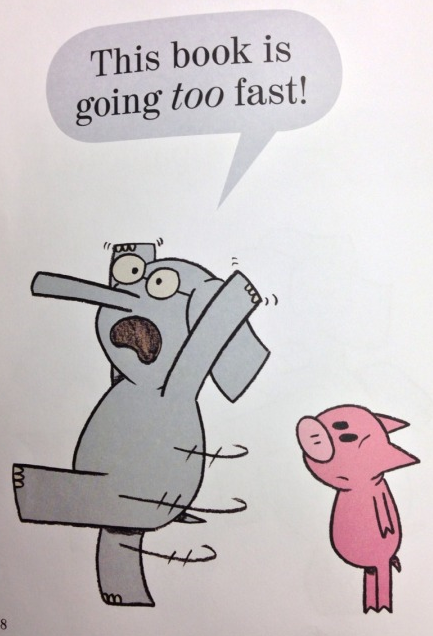