The oldest comics in the world are over 2,000 years old and found on a set of Roman-era tomb walls in what is now Jordan. Well, there are no defined panels and speech bubbles aren't anywhere to be found, but there is floating text by the characters that is clearly meant to be what is being said. 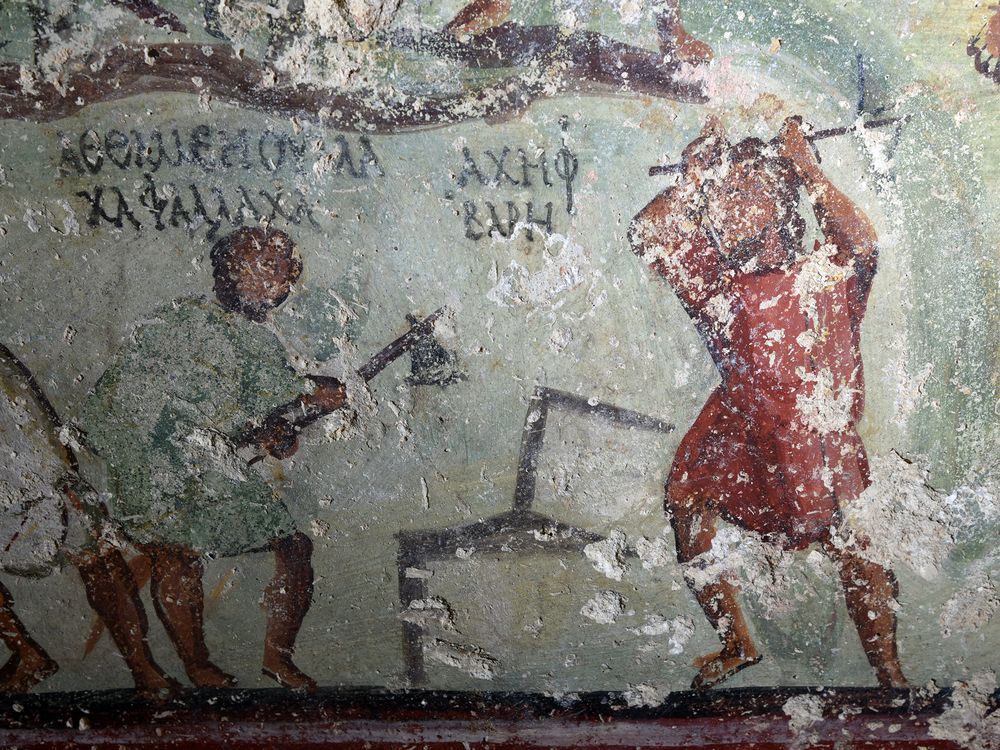 What do they say?

Scientists haven't translated all of them yet, as the text is quite unique: written in Aramaic but with Greek letters. Of the ones that have been translated, it seems that the characters are describing what they're doing or talking about what is happening to them (e.g. "I am cutting (stone)" and "Alas for me! I am dead!").

Speech bubbles didn't make an appearance until 1,000 years later in the form of ribbons or banners coming out of people's mouths:

The first bubbles as we know them showed up in 1904, and needed to be explained to the readers (not unlike how modern manga has a page explaining to English-speakers how to use them).

By the 1940s, the explanation of their meaning was no longer necessary.