Papyrus is probably one of (if not the) most famous ancient writing media ever used. This isn’t surprising considering that it was in use for longer than any other writing medium in the history of writing.

It was very similar to paper in that it was smooth and bendy and could retain ink without smudging. And, much like paper, it was culturally ubiquitous throughout much of Europe, especially in the Roman Empire.

It’s worth noting that despite its long, distinguished history, we’re not entirely positive about how Ancient Egyptians produced papyrus. We’re fairly sure we know the basic steps but we can’t be completely sure. The most detailed description of the process comes from a Roman author (Pliny the Elder) and includes steps we know for sure are wrong because they don’t fit with the end result we have remnants of. The fact we don’t have detailed descriptions of how to make papyrus is rather notable because Ancient Egyptians were meticulous record-keepers. So why the silence regarding papyrus manufacturing? It’s likely due to the same reason we have no idea where the kingdom of Punt (pronounced "poont") was beyond “probably in Africa maybe?”; it was considered such a commonly known fact that to write it down seemed redundant at best. 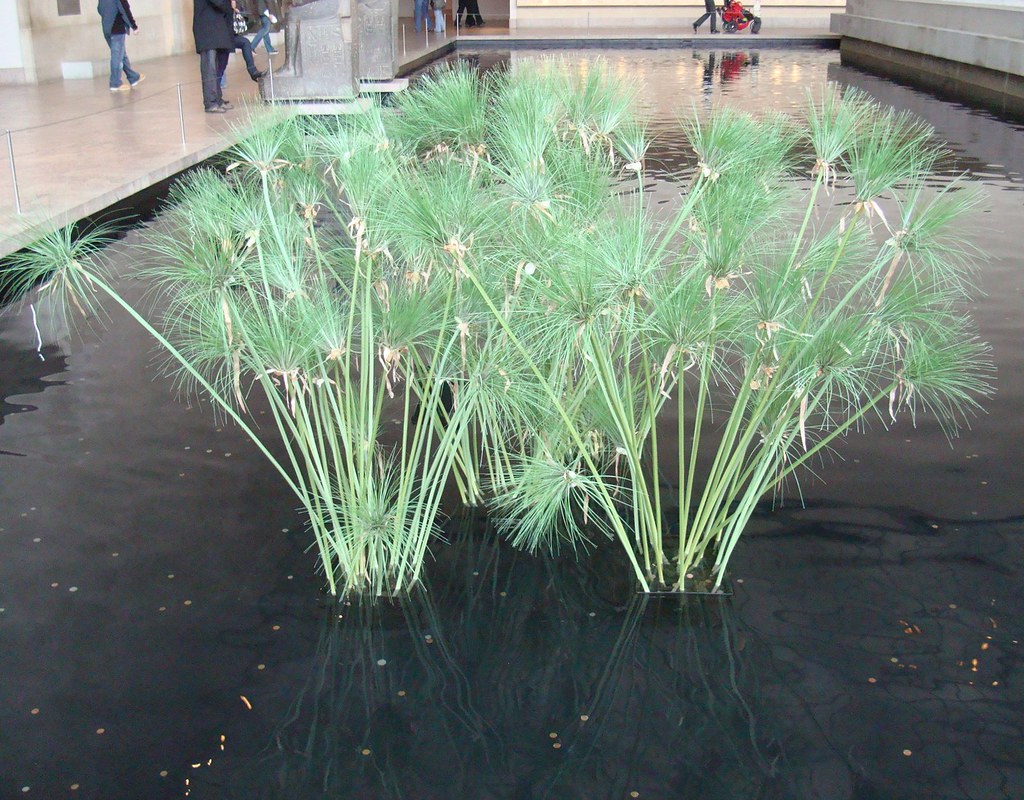 ^ "Papyrus Plants in Pond" by IslesPunkFan is licensed under CC BY-NC 2.0