What we have written on throughout history has been just as varied as the writing systems themselves. This new series will be looking at the wonderful variety of writing media used across the globe.

We hope you enjoy!

The oldest known “books” we have come in the form of clay tablets. They were, as their name suggests, tablets of clay which were written on while soft. While many were fired in a kiln to ensure preservation of the contents, many were dried in open air or by the sun. Though the unfired tablets had the downside of being a lot more fragile, letting the clay dry through natural means meant you could “recycle” the tablet by adding water to it and smoothing it out.

Originally created to record trade transactions, they were soon used for a variety of purposes. It is in clay tablets that we find the oldest story recorded in full (The Epic of Gilgamesh; if you prefer audiobooks, there's a podcast retelling the story here), the first proto-textbooks (vocabulary lists for scribes to study), receipts, and signatures (see here for an image of the oldest signature). Oh, and customer complaints against this copper merchant called Ea-Nasir who was evidently very bad at merchant-ing if the dozens of complaint letters found at his house in Ur are anything to go by. (We highly recommend clicking on the link – the article explaining Ea-Nasir’s infamy is really funny). 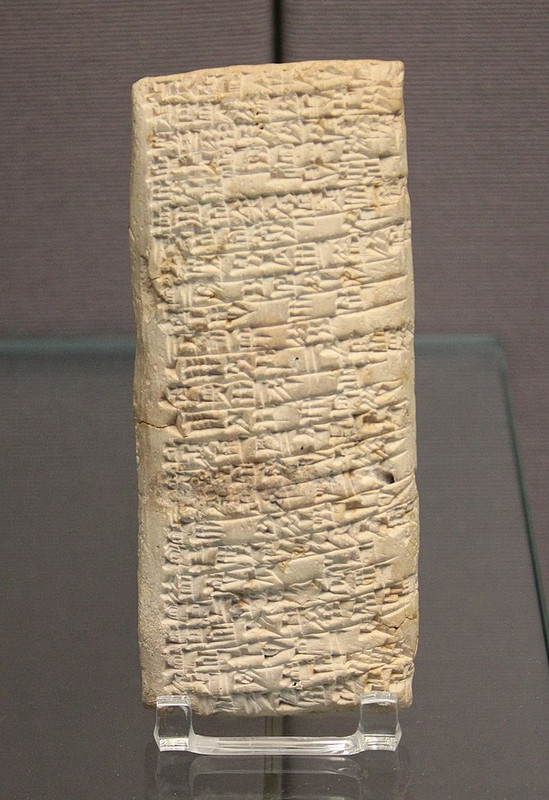 ^ A customer complaint to the merchant Ea-Nasir. Written sometime around 1750 BCE. See here for a translation of the letter.

Before paper was invented in China, the standard medium for writing was to bind bamboo or wood strips together to form a page. The strips were usually around 22 cm in length and only wide enough to hold a single line of text. Longer manuscripts were often bound together in a rather book-like fashion. 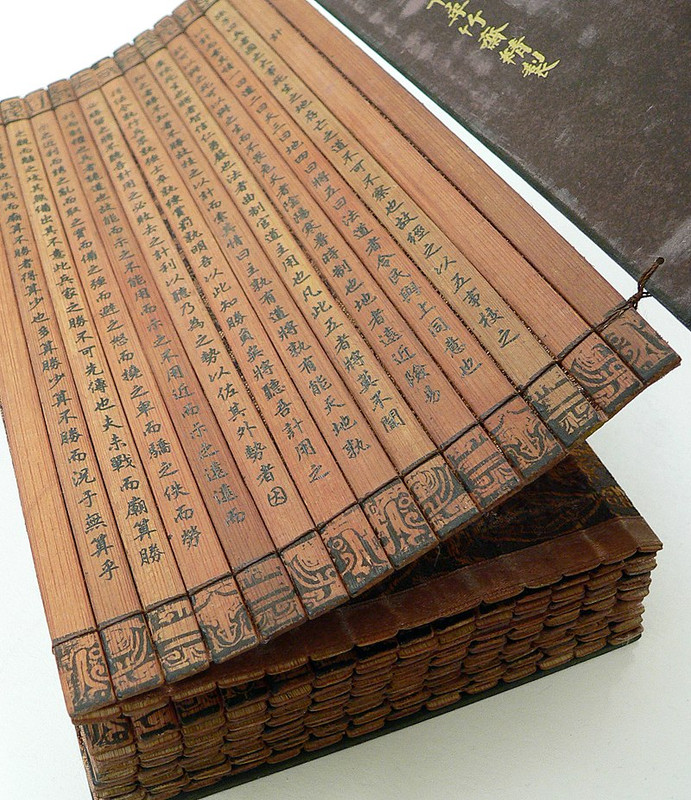 The oldest surviving example of this medium is from the 5th century BCE. However, the text found in older media dating as far back as 1250 BCE mentions the bamboo/wood strip method, meaning that it was in use for much longer.

The oldest example of a decimal multiplication table (from sometime circa 475-403 BCE) was written using this medium.

"Chinese bamboo book, the End" by vlasta2 is licensed under CC BY-NC-ND 2.0